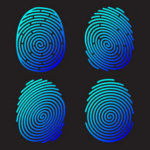 5 Steps for Responding to Identity Theft in Maryland

In the age of digital communication, it is increasingly easy to become an identity theft victim. After all, most people conduct their affairs online, submitting their personal information while messaging, shopping or banking. In this context, it is extremely important to know how to respond to identity theft. To gain a clear understanding of… Read More »

From Consumer Protection Division 200 Saint Paul Place, 16th Floor, Baltimore, Maryland 21202 (410) 576-6590 / Email: sstadministrator@oag.state.md.us Effective October 1, 2016, anyone filing a petition for a transfer of structured settlement payment rights must first be registered with the Office of the Attorney General as a structured settlement transferee. See 2016 Laws of… Read More »

The Few Ways Your Cellphone Could Get You Into Legal Trouble

Most people would agree that the computer is the most revolutionary technology in the workplace since maybe the printer, maybe even ever. But those people are only half right. A computer has indeed changed the way the workplace functions, but it’s not that hulking monstrosity from the 1980s that required an entire server room… Read More »

5 Internet Leaks that Shook the World in 2015

LTN revisited some of the hacks that may have gotten your data stolen this year and got experts to weigh in. Ian Lopez, Legaltech News December 22, 2015 Through e-commerce or social media or merely breathing, your information is everywhere. And, if the right steps are taken, virtually anyone can access it. As the… Read More »

2014 by Angela Preston in Best Practices, By The Way (BTW), Compliance As we get ready for the big gift-giving season. It’s hard to believe, but holiday hiring season is already well under way. If you hire holiday or other temporary workers, it’s important to hire ones that you can trust. Why Screen Temporary… Read More »

Has Santa Claus Been A Bad Boy? Don’t Forget the Background Check

Published by Nick Fishman Tis the season to be jolly. . . and vigilant. As we break out the holiday decorations, rush for the latest Black Friday sale and pray for a white Christmas (as long as that white Christmas doesn’t delay our flight to Florida or Mexico), we need to remember that the… Read More »

A Liability Risk for Airbnb Hosts

Over the last few years, Uber and Airbnb have come to be known as leaders of something called the sharing economy. Give their founders credit for this feat of mostly misplaced nomenclature. The companies help people sell rides in cars and rent stays in homes; they deserve no more credit for promoting a skill… Read More »

Take one international bank fraud scheme, 17 co-conspirators, 18,253 victims and over $3 million in restitution. Add a dedicated district court staff and you have what is believed to be the largest single check disbursement made to date by any district court. The story begins in Trenton, New Jersey with the 2010 conviction in… Read More »

From the UNITED STATES DISTRICT COURT DISTRICT OF MARYLAND OFFICE OF THE CLERK Warning: Possible Fictitious Arrest Warrant In some parts of the United States there is a new scam possibly involving district courts. In this case, a fictitious arrest warrant on a criminal charge is sent to an individual, offering a chance to… Read More »