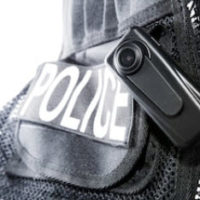 The Baltimore Civilian Review Board (Board) filed a lawsuit to force the city police department to turn over records and documents related to allegations of police misconduct, reported The Baltimore Sun.

The Board is a civilian agency that oversees claims of abuse against officers in the Baltimore Police Department (BPD). The Board is made up of nine voting members, one for each of city police districts. Armed with the power to review allegations of police misconduct, the Board issues recommendations to BPD leadership. But the Board does not have the authority to order specific disciplinary measures.

The Board raised the stakes in August, when they voted to subpoena the police records in question. Nonetheless, the BPD refuses to hand over the misconduct files, at least until the Board signs a confidentiality agreement. Part of this insistence stems from Maryland state law, which largely prohibits the release of internal affairs investigations.

In order to satisfy its oversight responsibilities, the Board decided to file the present lawsuit against the BPD in the Baltimore Circuit Court. The Board is requesting a court order for the release of approximately 60 police misconduct files. The Board claims that these files are essential to time-sensitive claims of misconduct against BPD officers.

Approximately 15 public citizens joined the Board in the present lawsuit. Each citizen experience some level of police misconduct at the hands of the BPD, ranging from wrongful arrest to harassment and excessive force. But without the necessary police misconduct files, the Board is unable to investigate these citizens’ claims thoroughly or accurately.

Making matters worse, many of the outstanding police misconduct claims have an expiring time limit. Under Maryland state law, there is often a 12-month deadline for filing misconduct charges against a law enforcement officer. If official charges are not filed within one year, punitive action is unlikely.

At this point, the Baltimore Circuit Court will consider the merits of the case by examining arguments and evidence from both parties. Until there is a final disposition in this lawsuit, it is difficult to predict whether the Board or the BPD will prevail.

In the meantime, interested parties can review additional background information on the Board and its August subpoena vote in this Iamele & Iamele blog post — Baltimore Civilian Review Board Subpoenas Police for Misconduct Records.