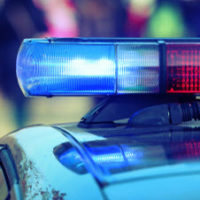 A 24-year-old Maryland man injured during a traffic stop in Prince George County may file a police misconduct claim against the arresting officers, according to an article by The Washington Post.

The traffic stop in question occurred on October 17th at approximately 5:30 p.m. Near the 4000 block of Wheeler Road in Oxon Hill, police officers stopped the Maryland man for driving with expired tags. When the officers approached the vehicle, they observed a six-year-old passenger and detected a strong odor of marijuana.

As a police officer was entering information into the official report, the Maryland man allegedly became agitated and started shouting. When other officers arrived at the scene to assist, they removed the Maryland man from his vehicle and placed him in handcuffs.

Based on the circumstances of his injury, the Maryland man and his family have retained legal counsel and plan to file a police misconduct claim. They allege that the police officers used excessive force when arresting the Maryland man, which caused severe injury and paralysis.

In response to these allegations, the Prince George County Police Department is conducting an investigation into the traffic stop. There is footage from dashboard cameras active in the police patrol cars. But that video does not capture the entire event. Unfortunately, the arresting officers were not wearing body cameras. Based on the available evidence thus far, the police chief did not believe that the arresting officers acted inappropriately.