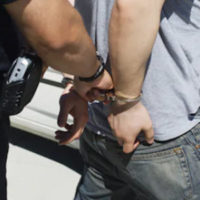 Over the past five years, the City of Baltimore has paid more than $24.5 million to deal with police misconduct cases, according to an article by Baltimore Brew. This large sum seems destined to grow further as more misconduct cases continue to pour in.

Of particular note, many recent complaints relate to the Baltimore Police Department’s Gun Trace Task Force. After various members of this task force pleaded guilty in federal court, various private individuals have sprung to action in civil court. The City has already received notice of at least 10 lawsuits and 90 intents to sue connected to this task force.

On a related note, the State’s Attorney’s Office recently dropped approximately 800 criminal cases connected to the Gun Trace Task Force. The implication is that these cases were tainted by the wrongful actions of the police officers involved. It seems likely that the City will encounter further civil actions related to this task force.

In terms of actual costs, the City has spent millions of dollars in legal fees, judgement, and lawsuits. A specific breakdown of the City’s annual costs appears below:

Everything considered, police misconduct has cost the City of Baltimore $24.5 million in judgments, lawsuits, and legal fees since 2015. As noted previously, there are numerous claims of police misconduct currently working through the state courts. With several months left in 2019, the total cost could climb before the year is out.

Remarkably, the $24.5 million figure does not include a federal judgment from 2017. In that case, a federal jury decided to award $15 million for a wrongful conviction that left a man behind bars for more than 20 years. The City has filed an appeal in this case, preventing the judgment from becoming final.