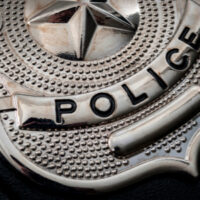 Police officers are responsible for public safety and enforcing laws, as well as detecting and preventing criminal activities. But there are instances when police officers do not follow their responsibilities, times when they even break the very laws they should be enforcing. When there is police misconduct resulting in pain and suffering, serious injuries, and even death, you need to talk to a Baltimore police misconduct lawyer to understand your rights.

Members of the Baltimore Police Department are responsible for the safety and security of the people of Baltimore, Maryland. There are ten districts policed by the Baltimore Police Department, including Public Housing and nine geographical areas. City officers are required by law to follow the same laws they were hired to enforce. When police officers harm others, it is a serious crime.

What Are Examples of Police Brutality?

Sadly, there have been instances of police brutality in Baltimore and throughout the country. Everyone should be treated humanely when they interact with police officers. If a person is guilty or not guilty is not the issue when it comes to police brutality. Throughout the arrest process, a person should not be abused and excessive force should not be used. Brutality is police misconduct.

Actions that are types of police brutality:

These are a handful of examples. There are, unfortunately, others. If a police officer has exhibited misconduct in a situation with you or someone you care about, compensation might be available. Compensation could include financial recovery for lost wages, medical bills, and other expenses. A Baltimore police misconduct lawyer can walk you through possible outcomes.

What Is the Difference Between Reasonable Force and Excessive Force?

Causing individual harm through unnecessary force is not justified, even when someone is guilty of a crime and being arrested. In fact, if an individual is cooperating with a police officer, it is against the law to use force, such as chokeholds, kicks, using pepper spray, or using a firearm.

Excessive force can result in severe injuries, and the injuries can be both physical and psychological. It is essential that all police brutality is reported so the police officer will not repeat the harmful behavior with another individual. Telling your story is a brave act. To have a healthy society, police misconduct must be addressed.

Corrupt police officers are not allowed to abuse others. Police brutality needs to be stopped, in every occurrence, so the cycle of violence can end.

An experienced attorney can inform you of your rights, both in connection to Maryland law and the Constitution of the United States of America. The attorneys at Iamele & Iamele, LLP in Baltimore, Maryland, have the knowledge and skills to secure compensation and bring corrupt police officers to justice. If you need legal help, contact us today for a free initial consultation.