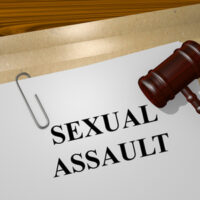 A Baltimore County police officer faces multiple sexual assault charges after allegedly assaulting three female crime victims, according to an article by The Baltimore Sun. Due to the severity of these charges, the police officer’s request for bail was denied.

According to court documents, the first assault allegedly occurred on October 4, 2017. That is when the police officer found a 22-year-old woman intoxicated and asleep in her car outside of a bar. The police officer promised to arrange a ride to take the woman back to her home. Instead, he took the woman back to his apartment and allegedly raped her.

In all three of these alleged incidents, the victims did not come forward immediately to report their claims. The victims were scared of the potential repercussions of reporting sexual assault claims against a police officer. But eventually, all three victims came forward and provided official statements to law enforcement.

On the basis of the victims’ statements, the Special Victims Unit conducted a thorough investigation and ultimately, filed charges against the police officer. Additionally, the Baltimore County Police Department Criminal Investigations Bureau also investigated this matter, eventually suspending the police officer without pay.

If you or a loved one were the victim of crime in Maryland, it can be exceedingly constructive to contact a trusted personal injury lawyer. The Baltimore crime victim lawyers at Iamele & Iamele, LLP understand how to mount a successful personal injury case, including compensation for crime victims. If you need legal help, contact us today for a free initial consultation.