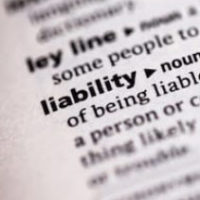 A Maryland appellate court recently reviewed a negligent security claim stemming from the Baltimore Ravens’ 2013 Super Bowl parade, according to this decision from the Court of Special Appeals. The appellate court found sufficient evidence to order further legal proceedings in this case.

In order to grasp the implications of this case, it will be useful to review the underlying factual background and legal analysis considered by the Court of Special Appeals.

On Tuesday, February 5, 2013, the Baltimore Ravens and the City of Baltimore organized a public parade to celebrate winning the Super Bowl. This parade began at Baltimore City Hall and worked its way through city streets all the way to M&T Bank Stadium.

By approximately 12:30 p.m., the fire marshal ordered the stadium to close its gates. In a corresponding measure, officers of the Baltimore Police Department went to the stadium to help deal with the ever-growing crowd.

A mother and her eight-year-old son arrived at the stadium to join the celebration. In the process of taking photos and trying to obtain player autographs, the mother overheard that several stadium gates were open. As she maneuvered toward those gates with her son, a large crowd rushed toward the supposedly open gates.

To recover for their injuries, the injured mother filed a negligent security claim in the Circuit Court for Baltimore City. This claim alleged that stadium officials were negligent for failing to protect the mother and son from injury from the large crowd.

More specifically, the Court of Special Appeals concluded that the danger of such a large crowd was foreseeable, given the expected turnout for the Super Bowl parade and celebration. Moreover, stadium officials did not take adequate measures to ensure safety for the guests who attended the parade and celebration.

In light of this decision, the Court of Special Appeals remanded this case back to the Circuit Court for further legal proceedings. The Circuit Court must now reconsider the merits of this case and determine whether to award compensation to the injured mother and her son.

If you have legal questions about negligent security in Maryland, it can be thoroughly valuable to consult with a proficient Baltimore personal injury attorney. The attorneys at Iamele & Iamele, LLP feature proven experience in the field of personal injury law, including negligent security and other types of premises liability. If you need legal help, contact us today for a free initial consultation.