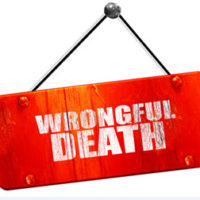 Almost two years after a beach accident killed a Texas woman, her surviving family members filed a wrongful death lawsuit in Maryland against the town of Ocean City, according to an article by The Dispatch. The family members are seeking $1 million in damages after beach cleaning equipment allegedly caused the fatal accident.

This tragic incident dates back to July 31, 2017. On that date, the Texas woman was on vacation with her family in Ocean City. After they completed their evening activities on the Boardwalk, the woman walked with her mother back to their dwelling. Then the Texas woman decided to take a walk along the beach by 2nd Street in the early hours of the morning.

Several hours later — around 6 a.m. or 7 a.m. — workers with the Ocean City Public Works Department were completing their overnight beach cleanup duties. But they discovered something extremely unusual, an arm sticking out of the sand. And the cleanup crew contacted law enforcement immediately.

The Ocean City Police Department (OCPD) Forensics Unit and the Maryland State Police arrived at the scene to investigate. After processing available evidence for several hours, the law enforcement officers were able to remove the Texas woman’s body from the sand.

Then the law enforcement officers turned the Texas woman’s body over to the Office of the Chief Medical Examiner. After a complete autopsy, the examiner’s office determined that the Texas woman died from accidental causes. Specifically, she died from asphyxia as a result of suffocation.

At the same time, the law enforcement officers analyzed all of the available evidence. At the conclusion of their investigation, the officers stated that the Texas woman likely fell into a deep hole around 2 a.m. on the 31st. The hole was approximately six feet long, four feet wide, and four feet deep. Though a lack of video footage prevented the officers from determining who created this hole.

At some point after the Texas woman fell into this deep sand hole, the walls collapsed onto her. A cascade of dry sand covered the woman almost completely, leaving only her forearm and hand exposed. Under all of the weight of that sand, the Texas woman was unable to breathe and subsequently died.

Approximately three weeks later, the OCPD police chief conducted a press conference to discuss this incident. In terms of an explanation for the fatal accident, the police chief stated that it was possibly due to beach tractors combing the beach. Every night, these tractors redistribute the beach sand to provide a smooth surface for beachgoers the next morning.