What is the Difference Between Murder & Manslaughter in Maryland? 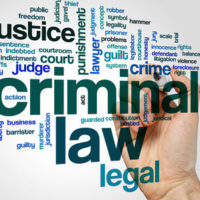 While murder and manslaughter crimes both result in the death of another person, there are subtle differences between these offenses under Maryland law. When a person intends to kill or inflict severe harm, it generally qualifies as murder. Though depending on the circumstances, the perpetrator could face charges for murder in the first or second degree. And even if the perpetrator did not intend to kill the victim, reckless or dangerous conduct can trigger criminal charges for manslaughter anyway.

Maryland Code of Criminal Law Section 2-207 outlines the laws and penalties concerning manslaughter. Under Maryland law, manslaughter refers to the unintentional killing of another person. Unlike murder crimes, which require an intent to kill or inflict serious harm, manslaughter can occur without any prior intent. Instead, this crime occurs when unreasonably dangerous action results in the death of a person. And the perpetrator should have known that a risk of death was reasonable and unlikely, in light of all of the circumstances.

The penalties for manslaughter also appear under Section 2-207. When a person commits manslaughter in Maryland, they are guilty of a felony crime and subject to:

If you have legal questions about murder or manslaughter crimes under Maryland law, it can be distinctly worthwhile to connect with a reliable Baltimore criminal lawyer. The lawyers at Iamele & Iamele, LLP in Baltimore, Maryland, feature years of combined legal experience in the field of criminal defense, including murder and manslaughter cases. If you need legal help with criminal defense, contact us today for a free initial consultation.