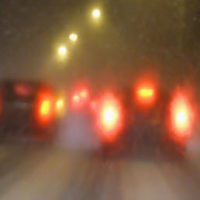 After initiating a car accident in the snow, a Virginia man faces charges for 17 different traffic offenses, including driving under the influence (DUI), as reported by The Washington Post.

This car accident happened at approximately 2:45 a.m. on January 4th in Montgomery County, Virginia. In the midst of heavy snowfall, the Virginia man rolled through a red light. That is when a police officer began pursuit, tailing the Virginia man.

Considering the impact of this news development, it seems like an appropriate time to review Maryland laws and penalties concerning DUI.

What are the Laws in Maryland for DUI?

The state-specific definition of DUI appears in Code of Maryland 21-902. Under this statute, it is unlawful for an intoxicated person to drive a car or operate other vehicles. Concerning alcohol, specifically, Maryland employs a statewide limit of 0.08 BAC. Though it is important to note that intoxication can derive from substances other than alcohol, including illegal drugs and pharmaceuticals.

What are the Penalties in Maryland for DUI?

The state-specific penalties for DUI appear in Code of Maryland 21-902 as well. Maryland employs a scaled system, with penalties increasing for multiple DUI offenses.

For example, please find below the penalties for the first and second DUI offenses.

Whether you are facing criminal charges for DUI or other traffic offenses, an adept criminal defense lawyer can help you review the charges and organize a strategic defense. Don’t hesitate to contact Iamele & Iamele, LLP in Baltimore for help.