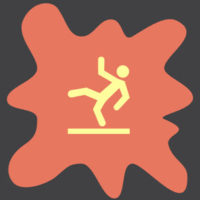 Almost five years after slipping on a rotten banana peel in a store parking lot, a Maryland woman was awarded approximately $230,000 in her premises liability case, reported the Daily Record.

This slip and fall incident occurred in December 2013 at a convenience store in Lexington Park, Maryland. The woman was leaving the store when she slipped on a banana peel in the parking lot. Then the woman fell and broke her kneecap.

The woman stated that the banana peel was black and rotten, indicating that it had been in the parking lot for a long time. Furthermore, she alleged serious physical harm that resulted in permanent injury and reduced earning capacity. Combining those two factors, the woman decided to pursue a premises liability claim against the property owner.

In November 2016, the woman filed a lawsuit in St. Mary’s County Circuit Court alleging negligence and premises liability. In May 2017, the property owner filed an answer. Then the two sides went back and forth in court for nearly a full year.

The case did not progress to trial until April 2018. Over the course of two days, the jury heard arguments and evidence from both sides. After attorneys for the woman and property owner presented their closing statements, the jury began the deliberation process.

On another level, the jury considered whether the woman was responsible in any way for her slip and fall. This is an important consideration in Maryland, where the doctrine of contributory negligence remains the law of the land.

After deliberating for two hours, the jury determined that the woman was not contributorily negligent. Additionally, the property owner breached their duty of care. The banana peel was a hazard to visitor safety which remained for enough time to become rotten. The property owner should have removed the hazard or warned visitors of the potential danger.

If you suffered an injury from a slip and fall in Maryland, it can be exceptionally constructive sit down with a knowledgeable personal injury attorney. The attorneys at Iamele & Iamele, LLP in Baltimore, Maryland, have validated experience in the domain of personal injury law, including slip and fall cases. If you need legal help, contact us today for a free initial consultation.