Multiple Shootings in Baltimore Create 9 Crime Victims in One Night 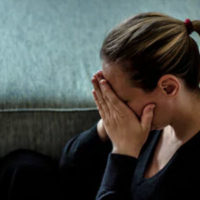 These shootings took place in multiple locations across Baltimore. The most violent of these incidents was a quadruple shooting that occurred at approximately 10:30 p.m. on July 20th. At that time, a single shooting incident affected four men in Northwest Baltimore, near the 2800 block of Boarman Avenue.

Three of these four shooting victims received medical treatment and are expected to recover fully. The fourth victim, who was 27 years old at the time of the shooting, did not survive the incident. Medical professionals pronounced the man dead after attempting to administer professional treatment.

Statements from law enforcement did not indicate whether these two shootings were connected. Though both victims received medical treatment at nearby hospitals and should make full recoveries.

Later in the morning of July 21st, at approximately 5:30 a.m., there was a shooting in Southeast Baltimore near the first block of North Caroline Street. In that incident, a male victim sustained a gunshot wound to the thigh. This gunshot victim received medical treatment and is expected to recover.

Not long after, at approximately 5:45 a.m., there was another shooting in Northwest Baltimore near the 2600 block of Gwynns Falls Parkway. This shooting victim suffered a gunshot wound to the buttocks. After receiving medical treatment, this gunshot victim should make a full recovery.

These overnight shootings concluded at approximately 6 a.m. The final male victim was initially injured in Southwest Baltimore. This male victim sustained a gunshot wound in the 2600 block of Ellicott Driveway, not far from the Maryland National Guard Recruitment Office.

Although medical professionals rushed this victim to the shock trauma unit at the University of Maryland, it was too late. The victim later died from his injuries.

Overall, the evening that occurred July 20 and 21 was extremely violent in Baltimore. Seven people sustained injuries due to gunshot wounds. And another two people died as a result of injuries sustained during these shootings.

If you or a loved one sustained harm as a result of criminal activity in Maryland, it can be extremely useful to consult with a knowledgeable personal injury lawyer. The Baltimore crime victim lawyers at Iamele & Iamele, LLP have represented many crime victims, explaining the risks and benefits of various approaches. If you need legal help, contact us today for a free initial consultation.