Maryland Regent Dies in the Midst of Medical Malpractice Lawsuit 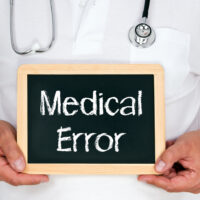 An attorney who served on the University of Maryland Board of Regents died from cancer in the midst of a medical malpractice lawsuit, according to an article by WTOP. This attorney was only 39 years old at the time of her death after a prolonged battle with cancer that eventually claimed her life.

This attorney served as a partner at the Baltimore office of a national law firm. And through appointments from present and former Maryland governors, this attorney served on the Board of Directors of the Maryland Transportation Authority, the Appellate Courts Judicial Nominating Commission, and the aforementioned Board of Regents.

Additionally, this attorney was a board member for Baltimore City Head Start program. She served as an executive committee member of the Baltimore Chapter of The Links and the Alpha Kappa Alpha Sorority. And this attorney was also the chairwoman of the Coppin State University Presidential Search Committee.

In the process of building her professional career and contributing to these organizations, this attorney garnered several honors, including the Distinguished Woman award from the Girls Scouts of Central Maryland.

Back in 2015, this attorney was diagnosed with breast cancer. Though the initial prognosis indicated that proper medical treatment and care could cure her condition. Despite going through extensive treatment, however, the cancer continued to spread.

This outcome led the attorney to file a medical malpractice claim against her doctor and hospital, alleging negligence and requesting $24 million in damages. But she died approximately one week into the ensuing trial in the Baltimore County Circuit Court, as reported by The Baltimore Sun.

This medical malpractice lawsuit claimed that her doctor was negligent by failing to recommend a specific drug that could have halted further spreading of the cancer. The doctor also gave the impression that surgery would remove the cancer and that there was not a risk of further spread. Yet after initial treatment in 2015, the cancer spread from the attorney’s breast to blood, bones, and other organs.

Legal counsel for the doctor and hospital countered that there was not a deviation from the accepted standard of care. Instead, the doctor followed standard procedure by:

Ultimately, the medical malpractice lawsuit was not able to progress to conclusion, as the attorney died midway through the trial. Thereafter, legal counsel for the doctor and hospital filed a request for a mistrial. The circuit court granted that request when the attorney’s counsel declined to object.