How Does Maryland Address Assault and Battery? 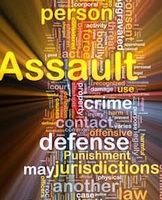 Under Maryland law, there is a broad definition of the term assault. This term incorporates and refers to both assault and battery. Though there are different degrees of assault crimes, ranging from misdemeanor to felony offenses.

Misdemeanor Assault in the Second Degree

Under Maryland Criminal Code Section 3-203, it is unlawful to commit an assault as defined above. In the absence of physical contact, Maryland qualifies assault as misdemeanor assault in the second degree. The penalties for this misdemeanor offense include up to 10 years in prison and $2,500 in fines.

Felony Assault in the Second Degree

Under Section 3-203, felony assault in the second degree occurs when a person intentionally inflicts a physical injury on a:

The penalties for felony assault in the second degree include up to 10 years in prison and $5,000 in fines.

Felony Assault in the First Degree

Under Maryland Criminal Code Section 3-202, there are two different types of felony assault in the first degree. The first type involves the intentional infliction of a serious physical injury, or the attempt to inflict such an injury.

At this juncture, it is crucial to note that the term serious physical injury has a specific definition under Maryland law. As detailed in Maryland Criminal Code Section 3-201, this term includes any injury that:

The second type of felony assault in the first degree involves the use of a firearm. Specifically, Section 3-202 makes it unlawful to commit assault with:

For both types of felony assault in the first degree outlined above, the penalties are the same. The offender is subject to a prison sentence of up to 25 years.

If you have legal questions about assault or battery in Maryland, it can be tremendously useful to reach out to a proficient criminal defense attorney. The attorneys at Iamele & Iamele, LLP in Baltimore, Maryland, have vast experience handling assault and battery cases as well as other aspects of criminal cases. If you need legal help, contact us today for a free initial consultation.