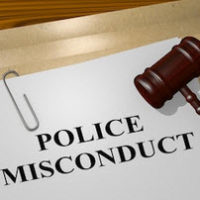 After leaving the Baltimore Police Department (BPD), the officer took a position with the federal Bureau of Alcohol, Tobacco, Firearms and Explosives (ATF). But the officer’s past caught up with him a few months ago. That is when FBI investigators questioned the officer about his role in the BPD’s ever-growing Gun Trace Task Force scandal.

In terms of a refresher, the Gun Trace Task Force is under fire for a litany of misconduct allegations and other crimes. A former sergeant from that task force, Wayne Jenkins, admitted to numerous crimes, including robbery and illegal drug distribution. Jenkins entered a guilty plea last year and received a 25-year sentence.

Additionally, eight other BPD officers received racketeering convictions in connection with Gun Trace Task Force scandal. Several of those officers cooperated with the investigation and admitted to theft crimes even before joining the Gun Trace Task Force. In the aftermath of these investigations, the authorities will be overturning convictions in approximately 2,000 criminal cases.

That being said, the authorities believe that they have just scratched the surface of police misconduct related to the Gun Trace Task Force. That is how the officer of the present story came into the crosshairs. While he did not work on the task force, the officer did work with Jenkins on a plainclothes squad from 2013 to 2014.

Specifically, federal prosecutors are revisiting an old case that involves Jenkins and the officer in question. In September of 2013, those officers allegedly stopped and arrested a Baltimore man. Instead of booking the man and taking him to a police station, however, they took the man’s keys and went back to his apartment. Then Jenkins and the officer apparently stole money and firearms from the man.

Going even further back, the officer in question was involved in the fatal shooting of a confidential informant in 2010. At that time, the officer shot and killed the informant, describing the event as a shootout with a suspect. After investigators reviewed the incident, they cleared the officer of any criminal actions.

Overall, the officer was a key party in more than 300 criminal cases in the Baltimore circuit courts. Given his recent admissions — and mounting pressure from the Gun Trace Task Force scandal — it seems likely that the authorities will dig even deeper to unearth any further police misconduct connected to this officer.