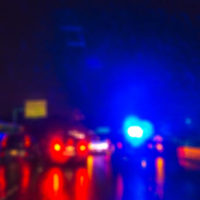 The Baltimore Police Department (BPD) terminated a rookie officer for police misconduct that involved drinking while on duty, reported NBC affiliate WBAL-TV. After his arrest, the officer registered a blood-alcohol concentration (BAC) that was well above the legal limit.

This incident traces back to Tuesday, October 2, 2018. On that day, several witnesses noticed a BPD patrol car parked near the 700 block of Washington Boulevard with lights flashing. A witness observed a BPD officer who seemed to be sleeping hunched over the wheel. The officer was in full police uniform.

The witness approached the patrol car to check on the officer. After the witness tapped on the driver’s side window several times, the officer responded but seemed disoriented. When the officer rolled down his window, the witness noticed the distinct odor of alcohol.

During the booking process, the officer agreed to submit to a breathalyzer exam. The officer registered a BAC of 0.22, which is almost three times the legal limit of a 0.08 BAC. As a result, the authorities charged the officer with driving under the influence of alcohol or drugs.

Additionally, the BPD placed the officer on immediate suspension. But the suspension did not last long. The Interim Police Commissioner examined the totality of the circumstances and decided that the officer was a danger to the public. As a result, the interim commissioner decided to terminate the officer.

This unfortunate instance of police misconduct arrives at an inopportune time for the city. Baltimore’s mayor is trying to get more police officers on the streets. But in the haste to rush officers into service, it seems the BPD is lagging in their recruitment and training processes. The intoxicated officer in the present story was a recent hire without a proven track record — a description that sounds eerily familiar to a different police misconduct incident from a few months ago.

Back in August 2018, a different rookie officer became the center of a media frenzy after a publicized altercation, reported WBAL-TV. Bystanders recorded video of the incident, showing how the officer tackled and punched an unarmed man. The officer continued to rain down blows even when the man was on the ground. In the wake of that incident, the officer faced felony assault charges and ended up resigning.

If you have legal questions about police misconduct in Maryland, it can be favorably constructive to contact a seasoned police misconduct lawyer. The lawyers at Iamele & Iamele, LLP in Baltimore, Maryland, have experience handling claims of police misconduct and other constitutional torts. If you need legal help, contact us today for a free initial consultation.