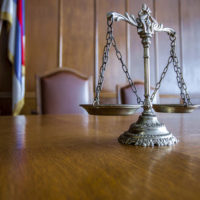 A Baltimore appellate judge reversed a $37 million judgment in a wrongful death case, according to an article by CNN. This case stems from a 2016 standoff that ended with police officers killing a 23-year-old woman and wounding her five-year-old son.

After a jury trial, the woman’s family and estate won a large award. But the appellate court overturned that decision, concluding that the police officer was immune from civil damages in this situation.

The appellate judge stated that the police acted within the scope of their official duties, without infringing on the victim’s constitutional rights. The judge was also shocked by the multimillion jury award, calling it “excessive.”

Returning to the underlying incident, on August 1, 2016, police officers went to a Randallstown apartment to serve warrants to a man and the aforementioned woman. There was an assault warrant for the man and a bench warrant for the woman, who had previously failed to appear in court for a traffic violation.

When the police officers arrived at the apartment, they heard male and female voices as well as a child crying. After knocking and identifying themselves, the officers waited for approximately 10 minutes. Then the officers used a key to enter the apartment.

After entering the apartment, the police officers saw that the woman was pointing a 12-gauge shotgun in their direction. As a result, the officers retreated from the apartment and called for back up. Those officers waited until a tactical team arrived at the scene.

The tactical team established a position in the hallway, outside the woman’s apartment. They monitored the situation for further danger. When the woman moved from her living room, one of the officers fired at the woman. The woman’s shotgun went off, and she appeared to reload. So the officer fired a second, and fatal, shot at the woman.

In the crossfire, the woman’s five-year-old sustained gunshot wounds to the cheek and elbow. He received medical treatment for a minor injury to the cheek. However, the elbow injury was much more severe. For that injury, the boy needed intensive, reconstructive surgery to recover.

After deliberations concluded, the jury determined that the police officer was responsible for wrongful death. The jury awarded a total of $37 million in damages, broken down as follows:

Even though the appellate judge overturned the jury award above, the woman’s surviving family members plan to pursue additional legal options. Counsel for the family indicated that an appeal would be forthcoming.

If you have legal questions about a wrongful death lawsuit in Maryland, it can be profoundly constructive to contact a skilled personal injury lawyer. The lawyers at Iamele & Iamele, LLP in Baltimore, Maryland, feature proven aptitudes in personal injury matters, including wrongful death lawsuits. If you need legal help, contact us today for a free initial consultation.