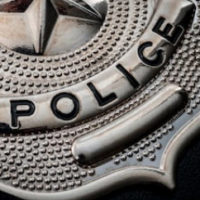 When a person suffers harm or injury due to police misconduct, the officers involved can face civil liability in a variety of ways. Whether an officer actually causes harm or injury — or simply looks the other way — they can face liability in a personal capacity. Additionally, entire police departments can face liability in an official capacity for causing harm at an organizational level. Either way, the injured party can file a police misconduct lawsuit to recover damages and other compensation.

In certain situations, however, police officers can face personal capacity liability even if they did not commit the alleged wrongdoing. As detailed below, bystander and supervisory officers who knew about wrongdoing and failed to act can face penalties as well.

Bystander liability is a type of personal capacity claim that addresses officers who knew about wrongdoing and failed to intervene. In these cases, the bystander police officer can face the same liability for police misconduct as the wrongdoer.

To prove a claim under bystander liability, the injured party must prove that a police officer:

To prove a claim under supervisory liability, the injured party must prove that a supervisory officer:

Official capacity claims relate to organizational failures by entire police departments. In other words, a police department is enforcing polices or procedures that violate constitutional rights.

Examples of official capacity liability include a police department’s failure to:

Official capacity claims only exist at the federal level. Maryland state law does not recognize a cause of action for police misconduct in this capacity.