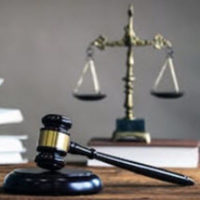 At least seven crime victims were injured in a spree of unrelated Baltimore shootings, according to an article by The Baltimore Sun. These shootings started at approximately 10 p.m. on Memorial Day and continued into the next afternoon.

Police officers responded to reports of a shooting in the 1700 block of North Fulton Avenue at approximately 10:18 p.m. The officers were able to locate a 47-year-old man who sustained a gunshot to the arm. The man received medical treatment for his injuries at a nearby hospital.

Law enforcement officers received a call concerning a shooting at approximately 11:50 p.m. in the 1700 block of Bank Street. The officers were not able to locate the victim. The 20-year-old victim apparently walked himself to the emergency room with multiple gunshot wounds.

In the 1300 block of Filbert Street, a 42-year-old man also sustained a gunshot wound to the shoulder. Police officers responded to the incident at a local hospital around 12:18 a.m.

Another gunshot victim emerged from the 1300 block of Ponca Street. This victim was a 19-year-old male who sustained a wound to the upper-body and walked himself into the emergency room. Law enforcement officers arrived at the hospital at approximately 1:39 a.m.

Police officers overheard multiple gunshots near the unit block of West 21st Street at approximately 2:51 a.m. Upon further investigation, the officers located a 32-year-old man with a wounded leg. This victim received medical treatment for his injuries at a nearby hospital.

At approximately 10 a.m. on Tuesday morning, police officers arrived at a hospital to find another male gunshot victim. Based on police statements, this shooting occurred in the East Arlington neighborhood near the 3900 block of Barvea Road.

Around 2:45 p.m., law enforcement officers responded to reports of a gunshot victim at a local hospital. The officers arrived to discover that a 35-year-old male victim suffered a gunshot wound to the stomach and went into surgery immediately. Although this victim’s condition is unknown presently, law enforcement ascertained that the shooting occurred in Curtis Bay near the 4200 block of Pennington Avenue.

If you or a loved one was a victim of crime in Maryland, it can be significantly helpful to reach out to a trustworthy personal injury lawyer. The Baltimore crime victim lawyers at Iamele & Iamele, LLP understand how to mount a successful case and secure financial compensation for crime victims. If you need legal help, contact us today for a free initial consultation.